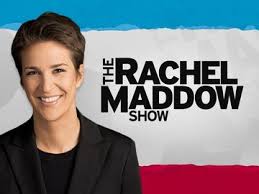 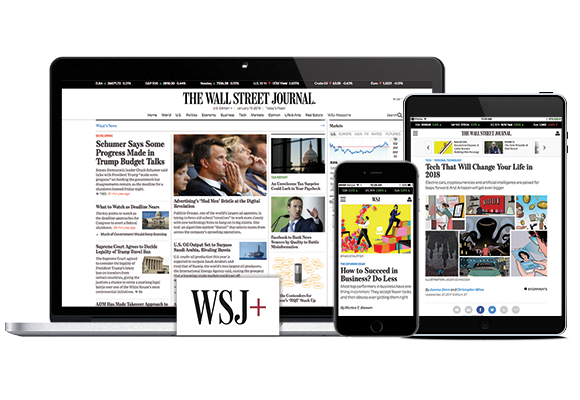 On the eve of the woman’s march on Washington, D.C., the Wall Street Journal decided to partner and share with Rachel Maddow any interviews she was doing which spotlighted successful women who made a name for themselves in various financial arenas. I was asked to partner with the Rachel Maddow show. Evidently Pat Estes accepted an invitation to fly to New York for the interview with Rachel Maddow. Pat Estes was selected as one such individual representing California and mortgage bankers, which have become dominant within the women of this state.

On Thursday , March 1, 2018 at 3pm, Pat Estes flew into JFK International Airport and was met by the Rachel Maddow show people and myself.  They had a long black limo ready at the curb with an ample supply of champagne chilling in the side compartment for our enjoyment during our hour ride to the Hilton Hotel. Once we arrived Pat Estes was escorted to her room and we agreed to meet tomorrow at 10:00am for the ride to the Rachel Maddow / MSNBC studios for the interview, scheduled for 12 noon.

Upon arrival as the MSNBC studios at 11 am, we were met by the Maddow team.  Pat Estes was rushed away to “make-up” and wardrobe.  The interview was to start at 12 noon so everyone was rushing around getting cameras and personnel in the appropriate places.  Rachel Maddow was in studio and in make-up as well.

At 12 noon, Rachel Maddow was seated at her interview “desk” waiting for Pat Estes to be brought down from her preparations to be on TV. 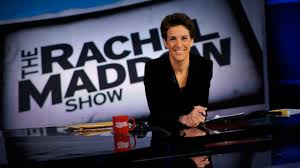 “Tonight, on the eve of the women’s march, we are beginning our two week long interviews of women who have become close to breaking the proverbial “glass ceiling” in the arena of the mortgage industry, thought to be an “old boys club”, opened Rachel Maddow.

Rachel Maddow continued, “my first guest tonight is from Sacramento, California and a native of the state for her entire life.  She began her career at 19 in the mortgage industry and continued until she retired in 2020.  Upon her retirement, she left a lucrative career and a stunning reputation.  Please welcome, Pat Estes.

“Since we are spotlighting successful women for the next two weeks, can  you please give our audience a brief background into your history with the mortgage industry?”, questioned Rachel. “Would be happy to”, replied Pat.

“It all began in 1976, with a local mortgage banking company.  I had just returned from a year of study in Belgium and was totally uncertain as to where I was headed”, replied Pat Estes. “I was extremely fortunate to learn from loan processors, closers, goveernment underwriters and owners, who chose to impart their knowledge of the various titles to me. In 1986, I became an underwriter, which is a high pressure, high stress job as you are making the decision for the company on each and every loan. I continued until 1990, when I was asked by an ex-employer, to join his team of experts as the company he was working for had approximately 2000 government loans which had not been insured.  This situation was literally costing the company thousands of dollars every day. Solutions to this problem were changed on a weekly basis, individuals were fired and at the end, I found myself at the head position working directly with the Sr. Vice President, also a woman.  I promised her that if she let me lead the battle it would be won in the next 12 months.  Within 12 months, we had insured every loan except 9 which were completely written off as a loss. My career has allowed me to work in all areas of the mortgage industry providing such a foundation of knowledge that most individuals never experience.”, explained Pat.

“I have two questions: How did you manage to stay in this industry for over 40 years and why did you not reach the proverbial “burn out” that I have heard about?” asked Rachel.

Pat thought for a moment, then continued: “I believe it all comes down to desire, love of what you do and always challenging yourself to meet the next level.  I know that we deal with one of life’s most important event – the purchase of the first home.  I have never quite gotten use to the excitement of the borrowers, the thrill at closing the loan, nor the pride of having accomplished it as a whole.  For me, the passion was always there. I absolutely love what I do, so the burn out just never took hold”.

“What message would  you like to send to all of the women who are marching or sitting home thinking that they could not accomplish this in a million years?’, asked Rachel.

“First, let me say that anyone who knows me personally would probably have doubted my ability as well because I was never known as a “people” person. The most important factor is desire for knowledge, the ability to never give up no matter how hard it really gets, and finally, a strong belief in yourself, which in my case also included not being afraid of going to the next level.  You have to believe in yourself and your abilities, because of the desire is strong and pure of heart, it will manifest itself”, replied Pat.

“Thank you so much for sharing  your journey and success with our viewers as we begin this segment of honoring women as part of the woman’s marches and the MeToo movement.  I really appreciate your time and I wish you continued success”, ended Rachel Maddow.